Learn how to change the default currency prefix from dollar sign ($) to another currency symbol in your Klaviyo account.

If you do business using a different currency, follow the steps outlined below to change the default currency symbol for reports, email templates, and Shopify coupons created in Klaviyo.

It is important to note that updating your account currency will not actually convert any revenue amounts. Only the currency symbol will be changed.

Once on the page, navigate to the section of the page labeled Account Currency Symbol.

In the dropdown list, select your account’s preferred currency symbol, then click Update Currency Symbol to confirm your changes.

By default, the selected currency symbol will apply to any new and existing email templates (including drafted and scheduled emails), currency-based metrics in reports and dashboards, and coupons. If you do not want to update the currency symbol for your flow-based emails and emails that are scheduled or in draft mode, uncheck the box below the dropdown.

Once you choose your new currency, the change will apply immediately across your applicable emails and flows, analytics reporting, and the Shopify coupon creation page as well in your live Shopify coupons.

How Your Currency Symbol Appears in Reporting

When the default currency is updated in your account, it automatically appears throughout your analytics dashboards and reports.

If you use multiple currency symbols and you would like to update an individual report or dashboard to reflect another currency other than the one you set, please contact our Success Team.

How Your Currency Symbol Appears in Email Templates

When the currency symbol is changed, it automatically updates in any new campaigns or flow emails that you create. Note if you checked the option to update existing templates during currency setup, any drafted and scheduled emails will also be updated.

Updating the Currency Symbol For a Single Email Campaign

If you need to update an individual campaign or flow email to use a different currency symbol than the one you chose, you can do so inside the template itself.

As shown below when you are inside the template, navigate to Styles > Currency Format to override your account currency preference for that given campaign.

More information on updating individual campaigns can be found in the article How to Change the Currency for a Specific Template.

If you create a new coupon directly inside Klaviyo, you will see your chosen currency symbol when you create a Fixed Amount or Free Shipping coupon, as shown below. 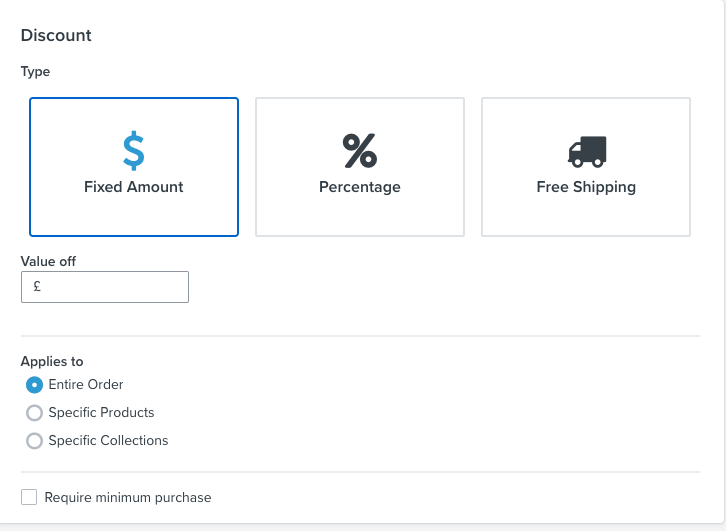 Note the Fixed Amount tile will always show a dollar sign, but this does not mean your currency, should it be different from US dollars, has not been updated.

x
Was this article helpful?
119 out of 316 found this helpful