How Contacts Move Through a Flow

In Klaviyo, a flow is an automated workflow that is set in motion by an initial trigger and then includes one or more steps. Flows can be built to send timely communications to recipients, or they can simply apply certain actions, like updating a specific field on a profile.

How Recipients Are Scheduled for Flow Messages 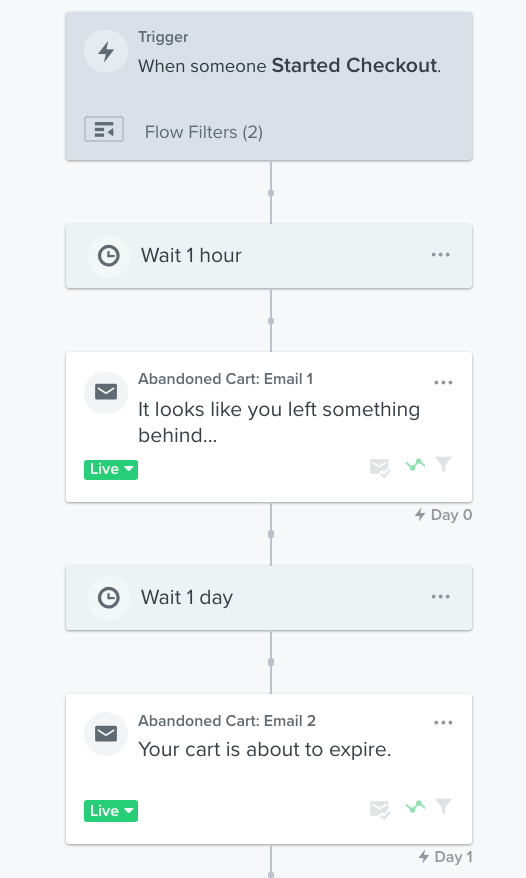 If you have an integration that doesn't sync immediately, note that qualified profiles will still be scheduled for the first step in a flow as long as the information for the triggering event is synced into Klaviyo within four hours of the event occurring or, if a time delay is the first step after the trigger, as long as the sync falls within the timeframe of the time delay — whichever comes last. If the difference in the synced (i.e., recorded) time and the actual time for an event is greater than both the four-hour default window and the time delay, they will be skipped from the flow. Refer to this article for details on how often your integration syncs data into Klaviyo. If you continue to see issues, please contact support.

How a Message in Manual Affects a Recipient's Progress 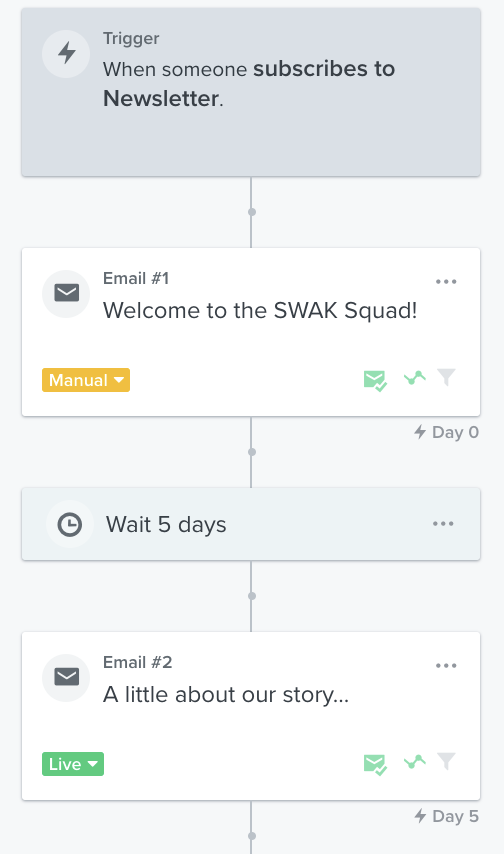 Updating the Time Delay in an Active Flow 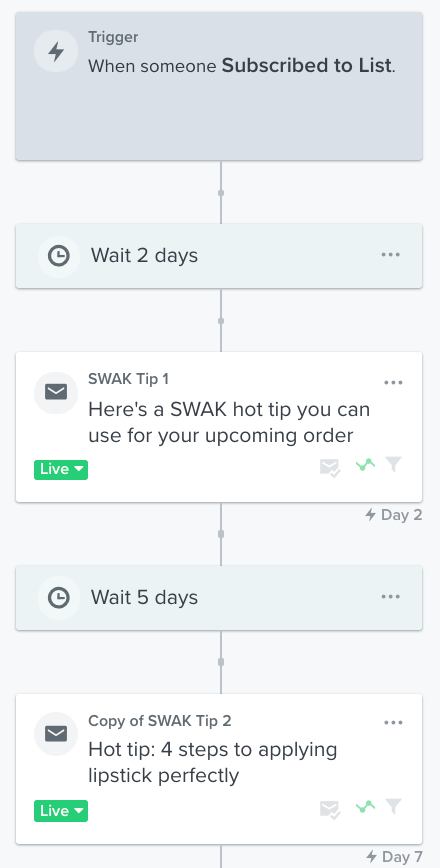 Adding a New Step into an Active Flow

Reordering Steps in an Active Flow

This means for those moving through a flow, any changes made to steps still ahead of them will impact their journey. However, if someone is already scheduled (in Waiting) for a given step, they will remain scheduled for that step even if you move it elsewhere in the sequence.

Deleting Steps in an Active Flow

x
Was this article helpful?
57 out of 76 found this helpful