How to Create a Not Opted-in Segment

When sending campaigns, it can be useful to exclude a segment of contacts who have not opted in to your email marketing. This can be done in lieu of adding conditions to your target segment to only include opted-in subscribers.

Because there are a number of ways active profiles, or emailable contacts, are added to your account, it is important to exclude not opted-in contacts so that you don't receive high unsubscribe or spam complaint rates. Contacts who are not opted in and are not suppressed can still trigger flows.

Learn more about how contacts are added to your Klaviyo account.

Create a Not Opted-in Segment

A not opted-in segment will contain conditions to exclude contacts in any of your subscriber lists. For example, if you have three lists that contacts can sign up to, exclude all three from the segment. 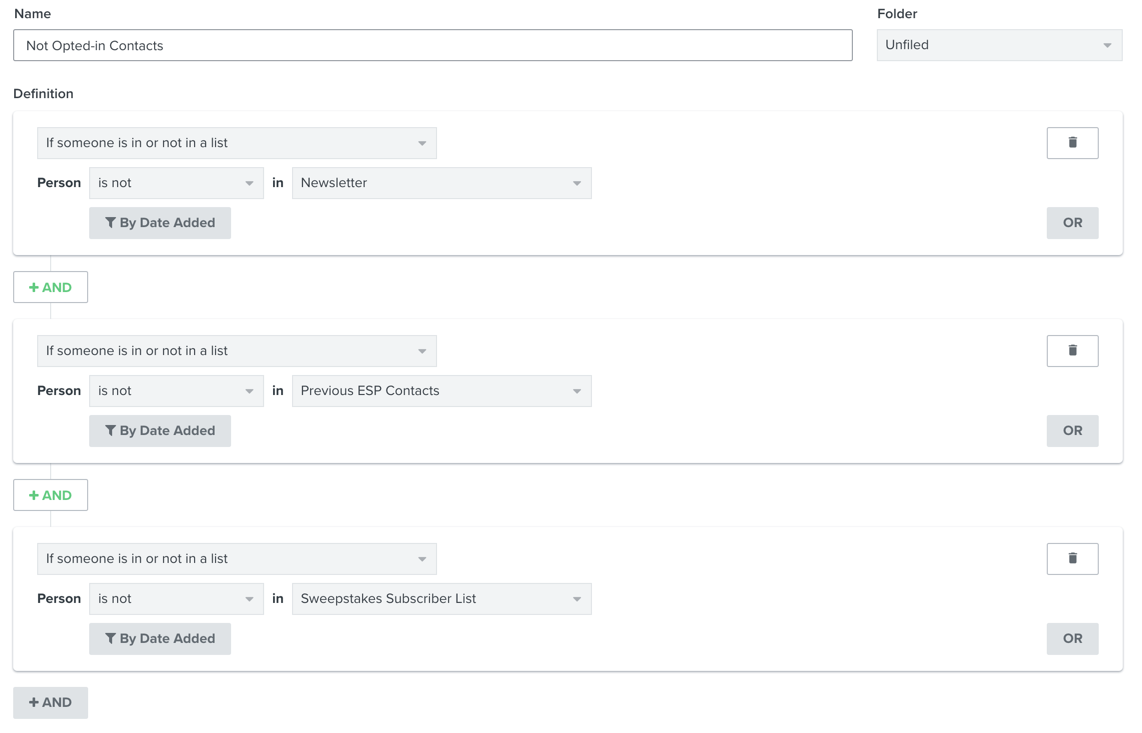 Because segments pull from everyone in your account, this will include anyone who is not on any of these lists, including suppressed profiles. If you would like to exclude suppressed profiles from this segment to get a better idea of the number of emailable contacts, you can add another condition requiring someone is not suppressed.

When sending campaigns, use the include/exclude feature to ensure that this segment is excluded from your sends. Then, when you're ready to send your next campaign, clone the previous one. Cloned campaigns will inherit the same recipient groups, so you don't have to worry about excluding this segment every single time you create a campaign.

x
Was this article helpful?
13 out of 23 found this helpful