About Using Time Delays near Splits

When placing time delays near a split in a flow, it's important to be mindful about where you place the delay, as it can dramatically effect how a flow behaves. In this article, we explain when to place time delays before a split, and when to place them after.

Placing Time Delays Before a Split

With trigger splits, the timing doesn't matter. Trigger splits divide recipients based on data associated with the event triggering the flow. Since this information is synced into Klaviyo at the same time as the event, you don't have to allow time for the recipient to complete a certain action in order to qualify. 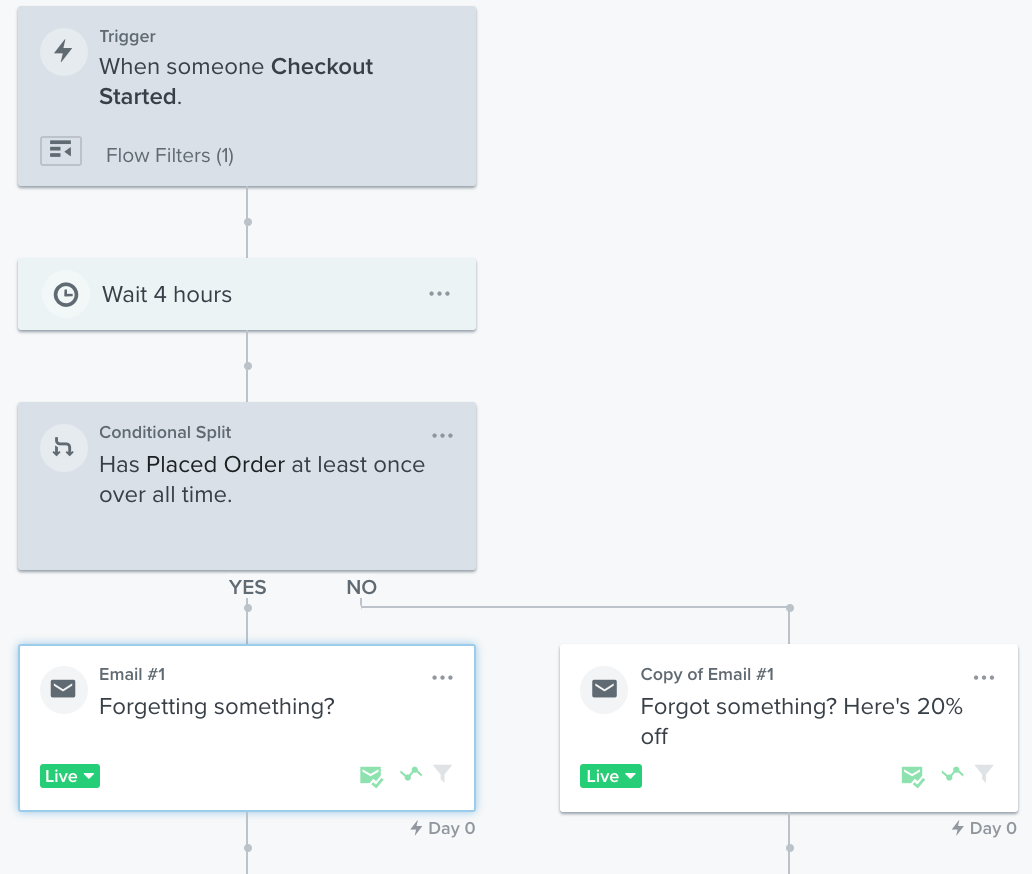 Placing Time Delays after a Split 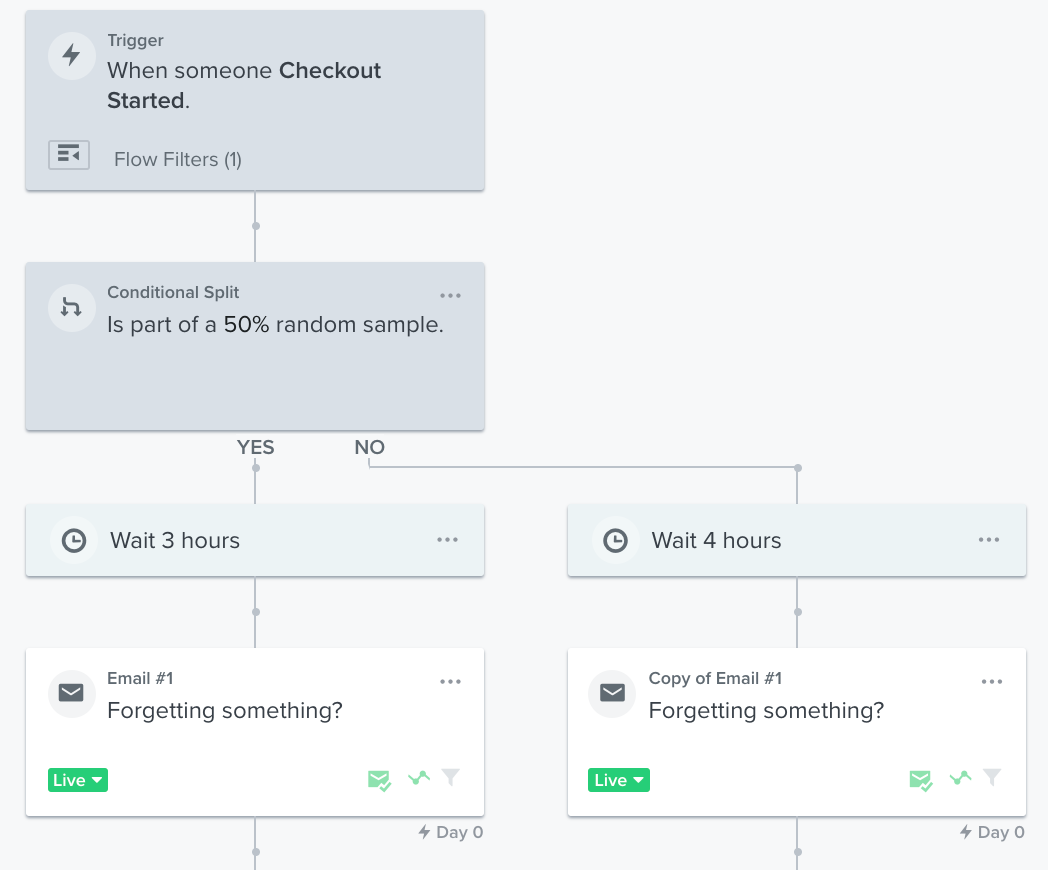 x
Was this article helpful?
3 out of 4 found this helpful