This ensures that a large enough sample size of recipients have seen the A/B test, and that the winning variation largely outperformed the other(s) for the chosen winning metric (which, for campaigns, is either open rate, click rate, or placed order rate). 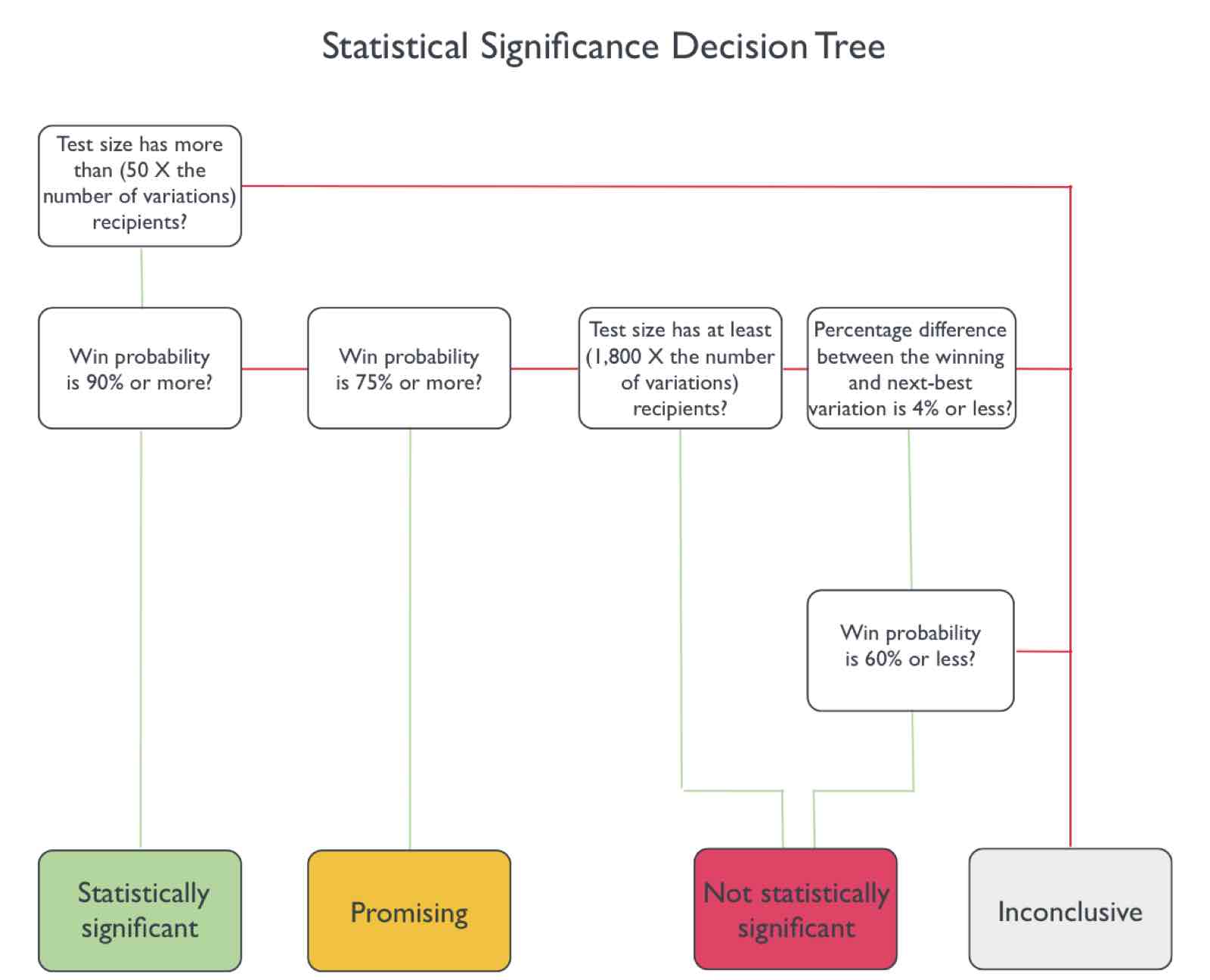 x
Was this article helpful?
24 out of 26 found this helpful