How Statistical Significance in Klaviyo Is Determined

A/B testing is key to driving better engagement and improving your customer relationships through a data-driven approach. It’s important to understand whether or not the test can be considered statically significant or not. For instance, if a campaign variation A has an open rate of 15% and variation B has an open rate of 14%, how do you know for sure if variation A or B performed better?

This ensures that a large enough sample size of recipients have seen the A/B test, and that the winning variation largely outperformed the other(s) for the chosen winning metric (which, for campaigns, is either open or click rate). 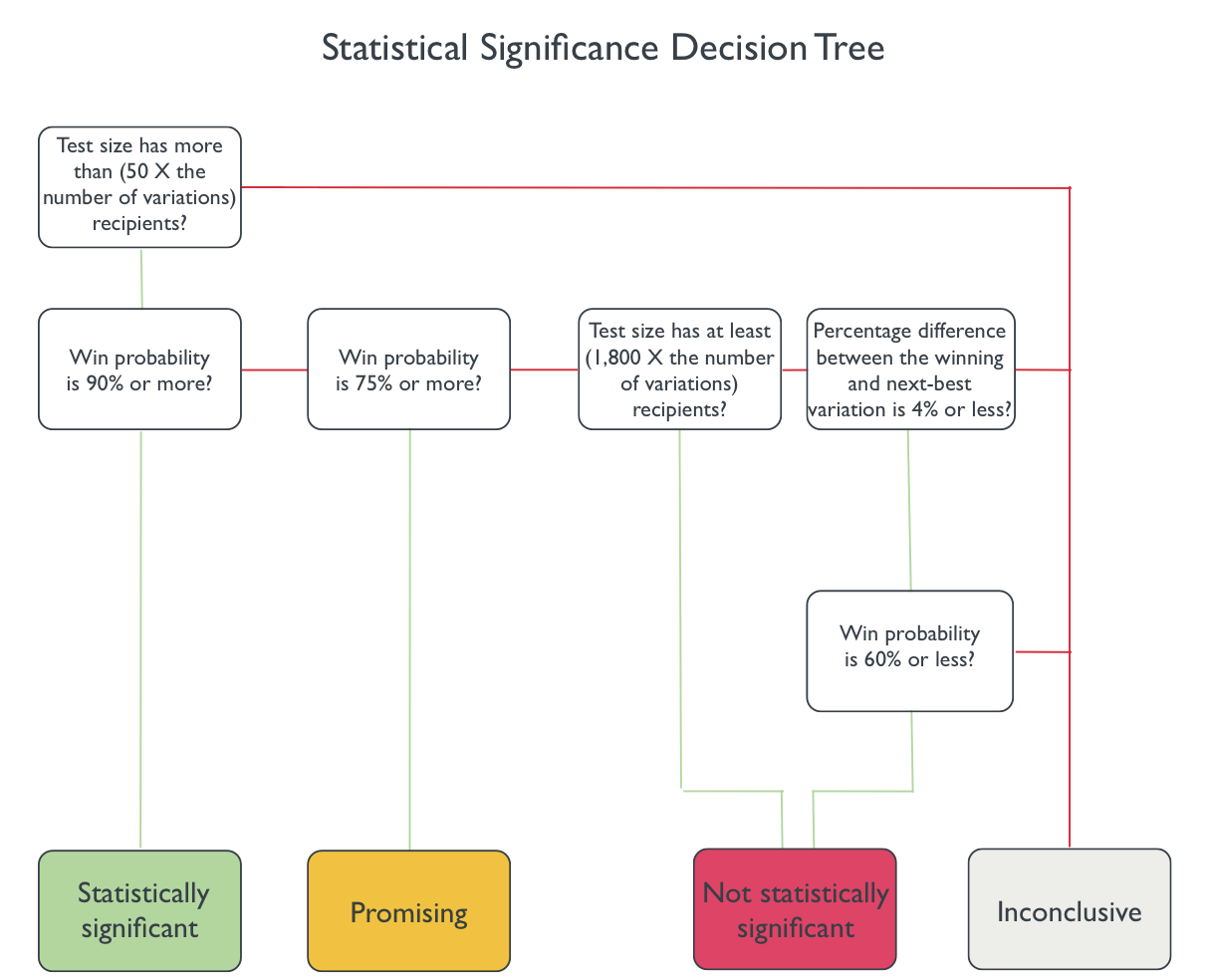 x
Was this article helpful?
20 out of 22 found this helpful